Like Lambs was a multi-media work installed in The Shiloh Baptist Church as part of The Hidden City Festival in Philadelphia. In urban sites that have been out of the public’s eye for decades, local and international artists created work that engaged the many hidden histories of our city. Originally, this church was named The Church of the Holy Apostles and it was this reference to apostles from which the concept for this installation evolved. Shiloh Baptist Church, like many congregations today, struggles to build its membership and maintain its magnificent structure as a vital center for the surrounding community. As the role of religion in contemporary American society continues to evolve, churches that once had members numbering in the thousands, confront what many view as a "crisis of faith" as they endeavor to spread their message and charitable work. I was raised in a Christian household. Like Lambs is about my struggle with the many opposing ideas that surround religion: faith and doubt, good and evil, sin and redemption - the God of wrath of the Old Testament and the God of forgiveness in the New Testament. This work is a meditation and exploration of these forces of faith and centers on my own questions and doubts about my religious upbringing and my life and beliefs as an adult and as an artist. 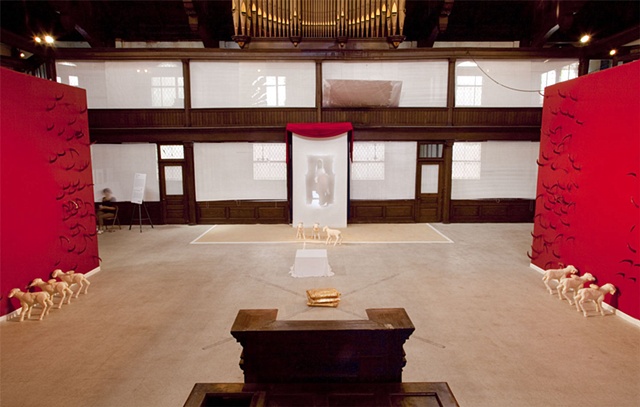 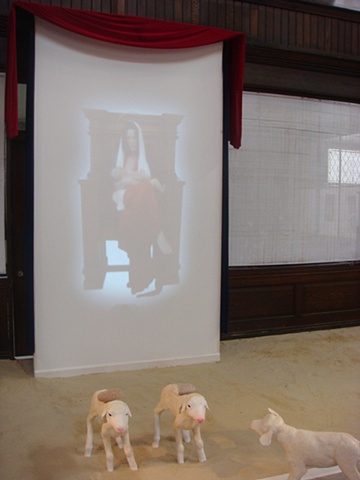 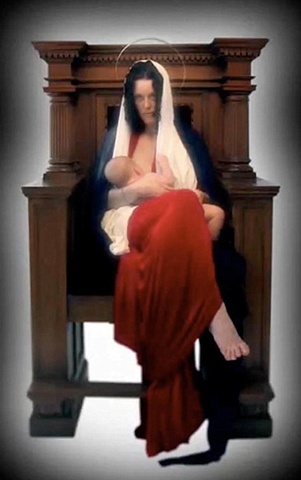 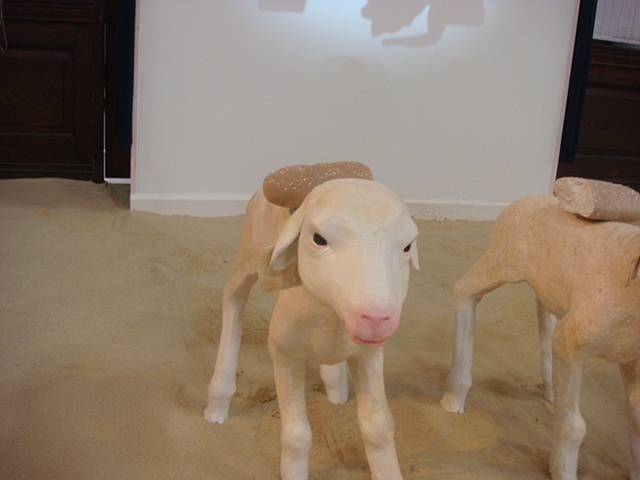 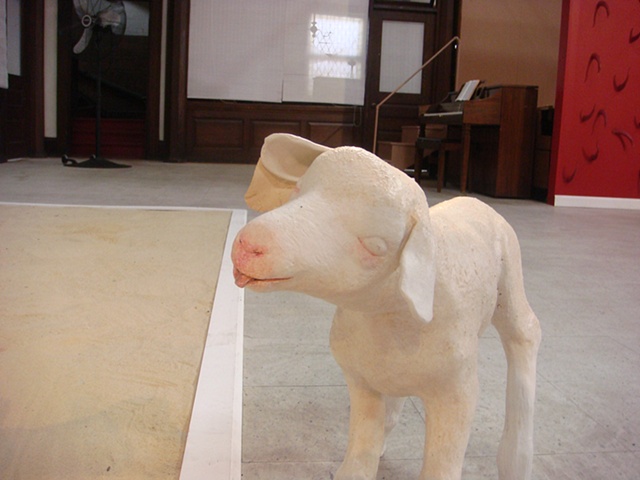 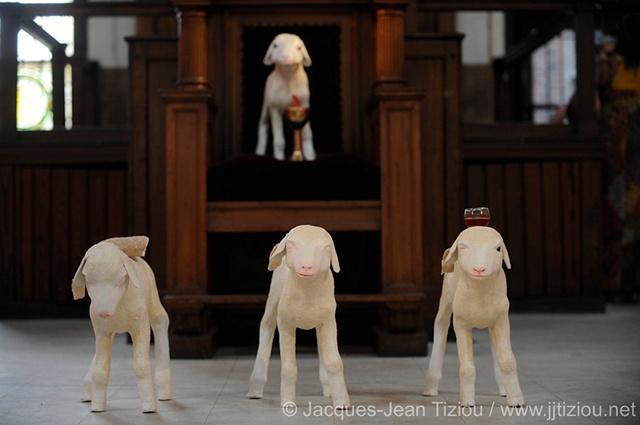 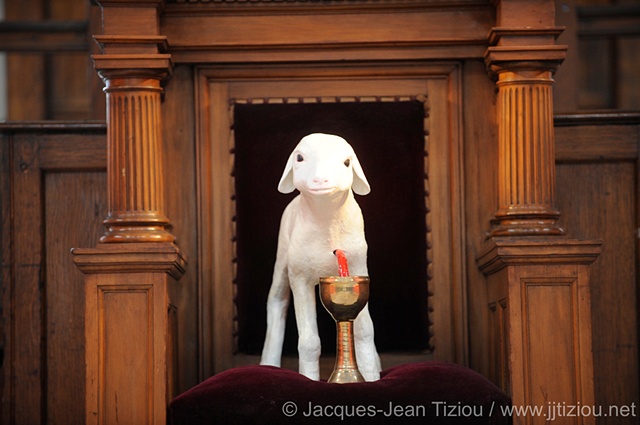 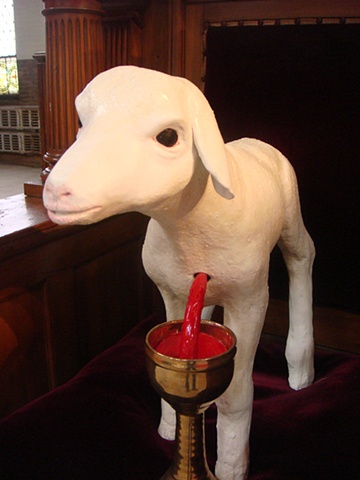 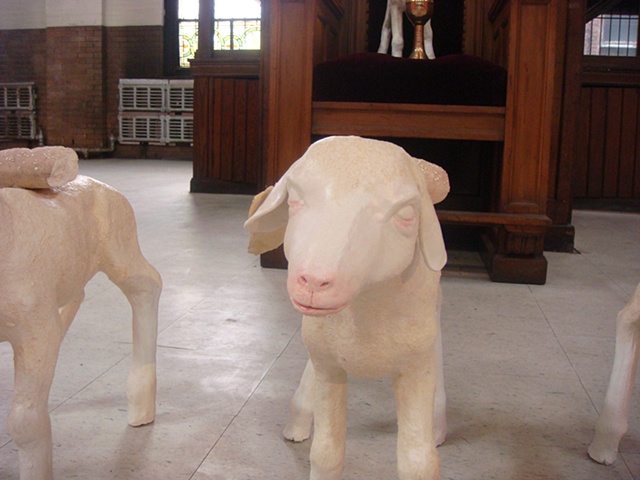 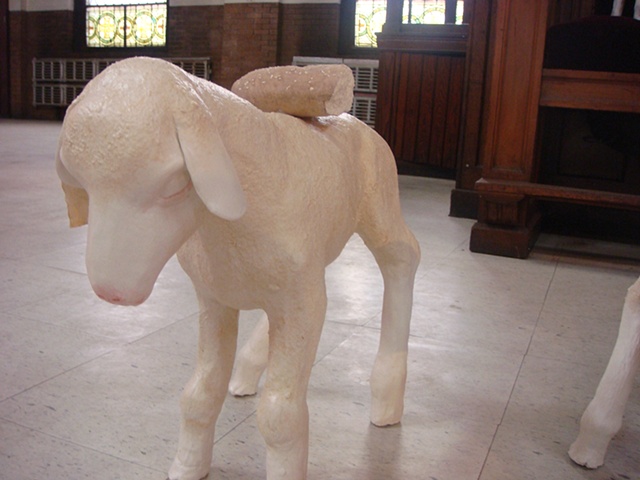 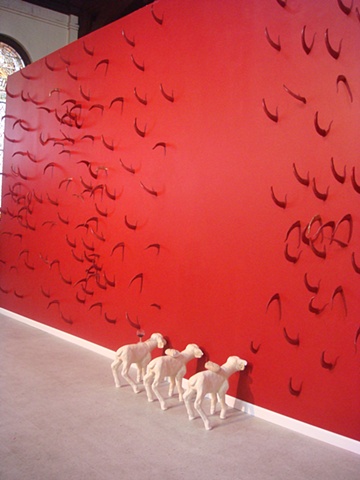 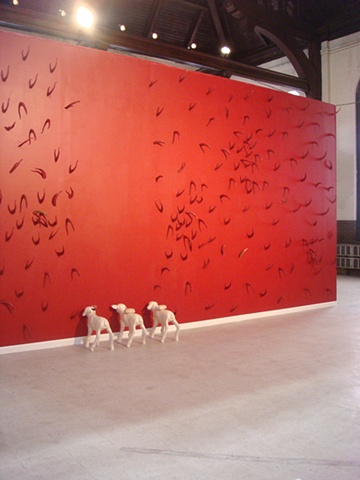 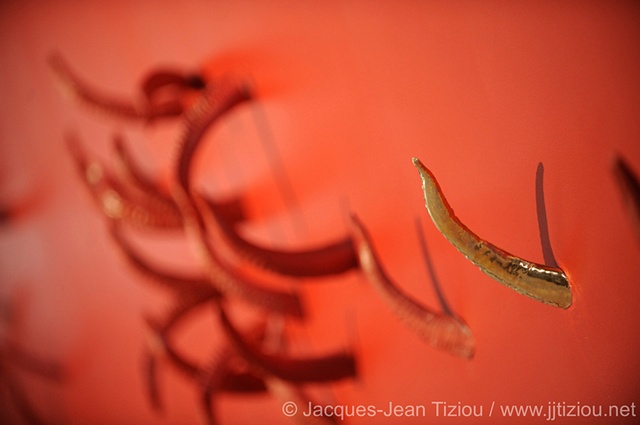 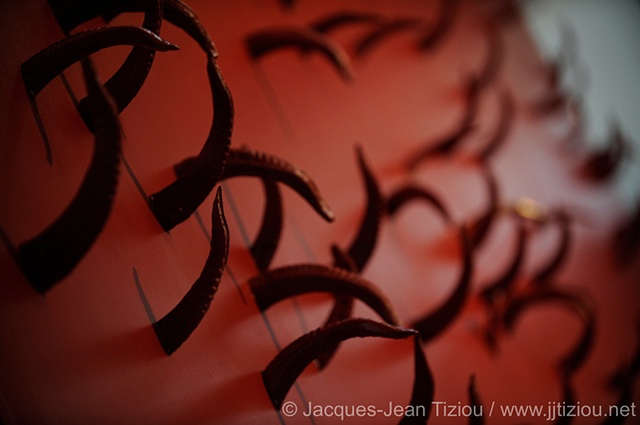 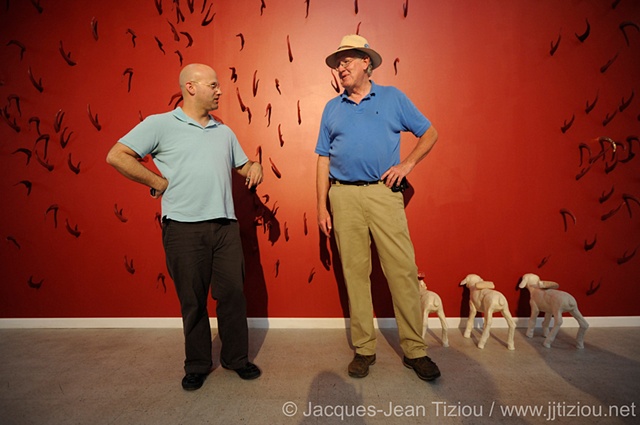 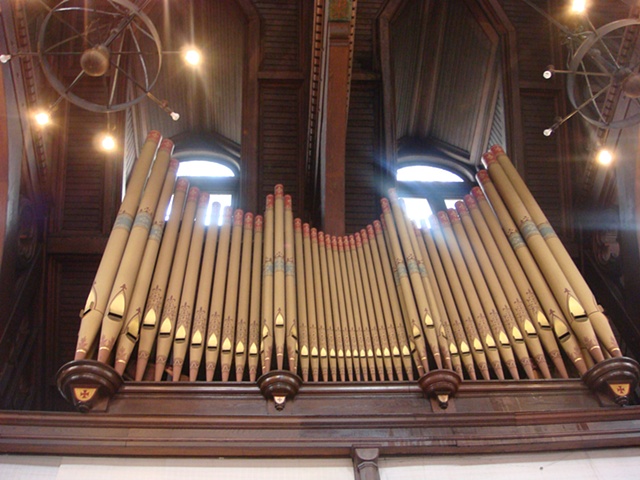 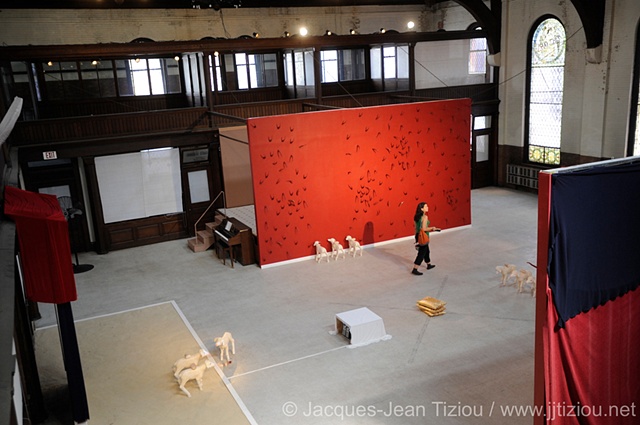 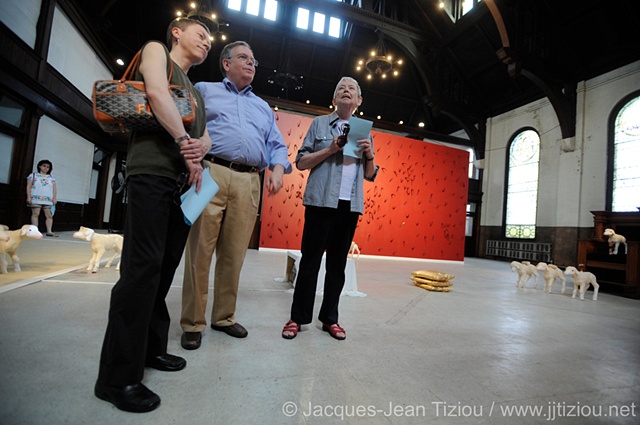 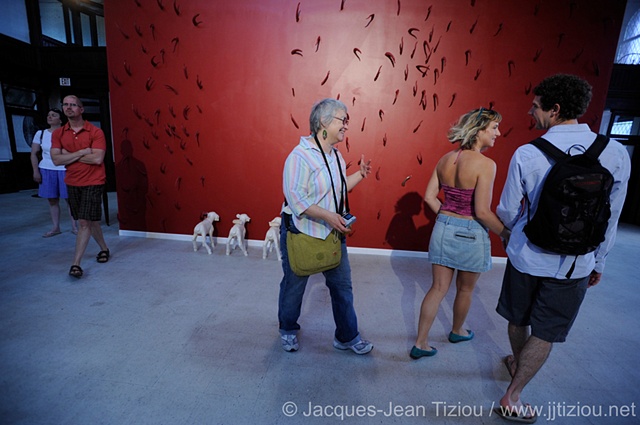 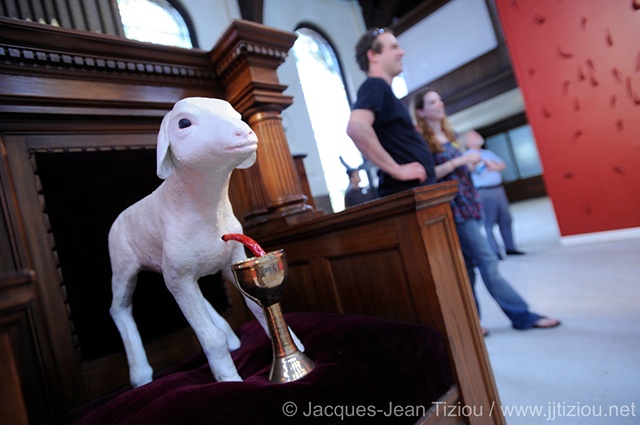 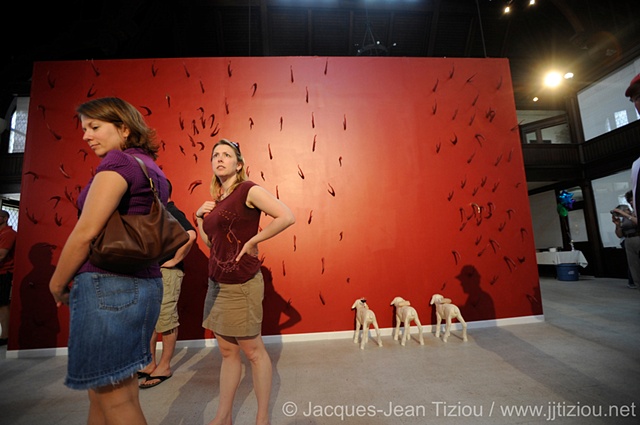